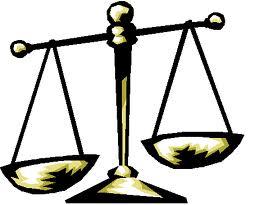 Court as we all know is an important government institution which is bestowed with powers to deliver judgment on matters related to law and order between two entities. It is a medium of dispute resolution, find justice and maintain the rule of law in criminal, administrative and civil matters. This is a universal system followed by every country along with India. In Uttar Pradesh, there is strict vigilance on matters related to law and order of the state and every district takes active part in this activity. Perfect administration in a city or district is hugely dependent on the correct application of law and right justice from the court. However, though the basic of law and order imposition remains the same the matters of disputes are usually divided into various categories and there are special courts for each of them like criminal court, civil court, consumer court etc.

A Brief History of Judgeship in Pilibhit

Situated in the north eastern part of Uttar Pradesh, Pilibhit was tagged as a district by the British officers. It was till 1971 that Pilibhit was devoid of Session Division and the same was conducted by Bareilly district. It was on January 18, 1971, the Session Division was permitted and Sri Rikeshwari Prasad became the first Session and District Judge of Pilibhit.

Considering the population, number of cases and many other factors a District Court has one or more districts under its jurisdiction. Pilibhit District Court, however, have no other districts in its jurisdiction as itself it has quite a huge area to cover with almost 1216 villages in 4 tehsils and 7 blocks. The district courts are under the administrative control of the high courts, which, for Pilibhit is Allahabad High Court.

Consumer Protection Act 1986, states that every consumer has specific rights and to protect their interest as the consumer for specific products there are forums and special courts call the consumer court which decides on the rightful claim. Once a customer files a case it is the responsibility of the forum to conclude the case and provide solution within a specific period of time. However, there are specified formalities which need to be done before the case is taken up by the form. Some of this formalities are issuing a grievance letter to the company against which there is a complain, filing the complaint in specified format, submitting documents like cash memo, warranty card, bill and others with the complain letter.

Explore more about Administration in Pilibhit