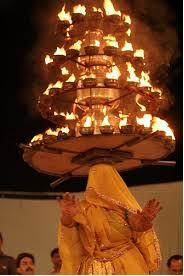 Culture in Pilibhit is one of the deep-rooted aspects of the city which makes its distinctively separate from any other cities of the state. Pilibhit is named as the “Basuri Nagari or the Land of Flutes" not only because it is the highest manufacturer and exporter of flutes in the country but also because it gives immense importance to the genre of music and art of Indian culture.

Pilibhit is an amalgamation of diverse culture since the natives of this place is a mixture of versatile religions. Since the majorities are Hindus, they follow the ritual and festivals of Hindu culture while the Muslims have their own community which celebrates the Muslim culture and customs. Apart from this there is the presence of Sikh and Christian community which also gets the liberty to enjoy their own customs and ceremonies.

The people of Pilibhit essentially follow the traditional culture of Uttar Pradesh. The language spoken here are Hindi, Urdu, English and Punjabi. The cuisines preferred by the people here are especially North Indian dishes with a touch of Awadhi and Muglai Cuisines which is a specialty of this region. These are majorly religious minded people and the celebrations of festivals are one of the major sources of entertainment here.

One of integral part of the culture of the people of Pilibhit is the religious practices, which provide a decent picture about their beliefs and conviction. The religious practices are usually part of everyday life and the festivals are a huge public affair which gathered people from all places and forms a unity of mind and soul for all. These festivals are celebrated irrespective of the caste or the creed and everybody enjoys the same with equal spirit. For the Hindus, the festival of Holi and Diwali are important along with Vijayadashami, Ram Navmi, Mahashivaratri, Sri Krishna Janamastmi, Basant Panchami and Raksha Bandhan which is also considered a major celebration for Sikhs and Jains. Muslim festivals include Eid ul-Fitr, Eid al-Milad, Bakr-Id and Moharram. While the Jains celebrate Mahavir Jayanti, the Buddhists enjoy Buddha Jayanti, for the Sikhs it is Guru Nanak Jayanti and the Christians rejoice with the celebrations of Good Friday. Festivals are for everyone and the religious celebration prove the same in all aspects.

The celebrations do not get its full charm without the local dance and music of Pilibhit which is highly influenced from the Braj culture of Uttar Pradesh. Braj or Brajbhoomi is place near Vrindavan and Mathura of Uttar Pradesh and it is believed to be the Land of Lord Krishna. Influenced by this Brijwasi culture Pilibhit celebrates major occasions with famous folk songs of Braj folk legacy called Rasiya. Rasiya is known to be traditional songs that describe the divine love of the celestial couple Radha and Shri Krishna. During the time of Holi in Pilibhit, it is almost mandatory to perform Rasiya or else it is believed that the essence of the festival loses its true color in some way. There are special drums known as bumb which are arranged for this traditional musical extravaganza. Along with traditional music there is a wonderful mixture of traditional dance in Pilbhit. The dance form which is considered as the local traditional dance of Pilibhit is named as Charkula Dance. This is another spectacular form of dance influenced by the Braj culture where a woman covering her eyes with a veil dances to the beats of bumb with a multi tier pyramid on her head and not missing a beat. The pyramid over the head of the dancer is majorly wooden with at least 108 oil lamps, with all lightened up. This dance is mainly done on the third day of Holi, which is ideally believed to be the birthday of Sree Radha. Graceful movements, lovely beats, a great balancing act and the key features of this dance performance. Not only in Holi but these dance and music performances takes place in many festivals. Apart from Charkula dance, the Pilibhit natives enjoy and take part in other folk dance forms like Raslila, Qawwali, Bhangra, Gidda, Ramlila etc.

Another important category which is an essential part of the Culture of Pilibhit is the extensive and exquisite wood works and creative art work which is absolutely incomparable with any. Pilibhit is a place which is almost covered with forest and as a result there are many wood based craft industries who make popular musical items like flute, table, drums, dolak etc and they make other small furniture’s, wooden chappals etc.

As discussed earlier the flute industry of Pilibhit has got huge fame and international acceptance down the years. The flutes manufactured in Pilibhit are exported to Europe, US and even UAE. This industry has turned out to be quite promising and today the revenue generated from this industry provides food for many families as their products of different musical instruments are used in many popular occasions.

Other art crafts are also popular in Pilibhit. The Tula ram locality in Pilibhit houses people from Kumar community who are the experts in mud craft. Their families have invested centuries for this art work. Lucknow’s Zardozi work along with other embroidery works are also part of the art and craft industry here. Terracotta works are taken up by people of Tharu tribes and they make some of the finest examples of this art form. To support the industry altogether there are several NGO’s who come forward and help in the sale of this products.