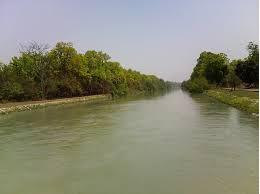 Pilibhit or the old Hafizabad is a small city at the Indo Nepal border which also acts as the municipal board of Pilibhit district in Uttar Pradesh. Situated in Bareilly division this particular city is bordered by Udham Singh Nagar in the north, Sahajahanpur in the south, Lakhimpur Kheri in the east and Bareilly in the west. Covering an area of 68.76 km2 this place has an elevation of 564ft. One of the forest rich areas of the state, Pilibhit shows potential of a popular tourist site and identifying the same the UP Government has initiated several planning to promote and beautify the location. Pilibhit has close proximity with the capital of the state, Lucknow which is only 270 kms away and capital of the country, New Delhi which is around 307km away.

The most prominent geographical feature of Pilibhit apart from being a majorly forested region is the number of water bodies present in and around the city. It may be noted that the area consists of more than ten small or medium size rivers and small water bodies which also are the major water source for the city. River Gomti, which is a tributary of River Ganges originates from a small lake named Gomat Taal and later joins Ganges in its course. This Gomaat Taal is considered as a holy location by many devotees and it is situated in Madhotanda, the projected gateway of the famous Pilibhit Tiger reserve, in region of Puranpur tehsil. Another small river which has much importance to the people of the city is River Sharda flowing from the eastern part of Pilibhit district. Two other water bodies encircling the city are River Devahuti Ganga or River Devha on the north western side whereas River Ghaghara or River Khakra on the north eastern side of the city. Apart from this there are other water bodies in Pilibhit like the one in the front side of Dramond College gate situated in Tanakpur Road and other one before the Chauraha degree college. However, the water in the district is majorly received by the number of canals and ground water. It is stated that the district has six major canals which covers altogether 138 km in the district. The Chauraha water body overflows in the winter months and attract migratory birds which is a delight to see for all.

As it is known that the principal part of Pilibhit district is covered by forest which comprises a total of 784.572 sqkm. According to statistics, till the year 1978, the area covered with forestland was 63% of the total area which was later reduced to 22.39% through measures of deforestation by the year 2004.

According to 2011 census, Pilibhit district is claimed as the 46th most heavily populated district of Uttar Pradesh. The total population of the district is 2,037,225 whereas Pilibhit city has 1,97,455 people. Out of this total populate male population consist of 52.94% whereas females holds 47.06%. The count of population under 6years of age is 14.58%. The literacy rate of Pilibhit is 63.58%. According to CSO, Pilibhit city holds 2365.11 people per sqkm which is truly more populated from the entire district which has 469.51 people per sqkm.

The climate of Pilibhit can be categorized as sub tropical humid climate. The best weather in Pilibhit prevails in the winter months which are usually from November to February with pleasant days, clear blue sky and cool nights. Usually the temperature does not drop much low but in some days it may drop down to 30C to 40C. Dense fogs are quite common in these months. Those days are usually chilly and very cold but for the major days the temperature hovers around 70C. The summer months are from March end to June where the temperature may shift from 360C to 420C with hot air flowing. June is the warmest month followed by thundershowers in July which is undoubtedly a pleasant welcome.

Pilibhit remains well connected with Haridwar and Bareilly with the help of National Highway 74. Other than these roads there are several popular roads that connect the nearby locations to Pilibhit. Considerably good road connection is present between Shahjahanpur and Lakhimpur Kheri with Nainital in east, Bareilly in the west and Khatima in North. These are well maintained roads making it ideal for bigger vehicles and public transport. It may be noted that there are 1216 villages with many inhabitants in the district with seven blocks and four tehsils. The major roads in the city are Station Road, Jai Prakash Road, Nai Basti Road or Degree College Road, Chudi wali Gali, handi Road or Katchari Road, Mill Roadm Khakra Road,Assam Road, Gandhi Stadium Road and Jaisantri Road.

Facts and Figures of Pilibhit