MP and MLA in Pilibhit

Being a democratic country, India gives immense importance to the political parties and their elections. In the framework of Indian constituency, the people has the right to choose their preferred candidate for each locality who represents the zone in Parliament and the Legislative Assembly. Pilibhit too exercise its rights for years and many prominent leaders have emerged to extend their service for the development of the district. 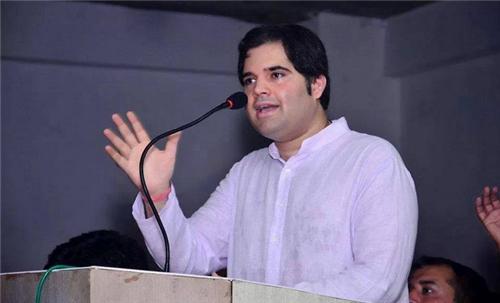 The political history of Pilibhit district for the Parliamentary Constituency provides a very complicated picture in terms of transfer of seats between different parties. While the initial elections were dominated by Praja Socialist Party, soon the scenario changed with Indian National Congress taking over the seats and wining them four times. It was Menaka Gandhi who had a prominent existence on this seat for many years after 1989. Presently, Pilibhit constituency is in the responsible hands of Varun Gandhi, son of Menaka Gandhi, and recently appointed General Secretary of Bharatiya Janta Party.

Member of Parliament from Pilibhit Constituency

Varun Gandhi: Feroze Varun Gandhi is the present MP representing Pilibhit in the Parliament. Having politics in the blood he belongs to the great political family of Indira Gandhi, being her grandson and great grandson of the country’s first Prime Minister Jawaharlal Nehru. He is a member of Bharatiya Janata Party and in 2009 election he was offered a ticket from BJP for Pilibhit Constituency and won the seat with maximum margin of 281501 votes. However, in March 2013, Varun Gandhi was appointed the General Secretary of the party who is incidentally the youngest secretary in the history of the party.

Varun Gandhi’s political carrier got started at a very tender age of 19 only when he used to accompany his mother Menaka Gandhi in meetings and campaigns for Pilibhit Constituency. He had been an active member from 2004 but failed to contest since the General Elections since he was not 25. However he had campaigned a lot and attracted people with his excellent speech. It was from 2010 only that Varun Gandhi was considered a prominent part of the party and the future face of BJP.

The district Pilibhit is divided into four consistencies which include Pilibhit City, Puranpur, Barkhera and Bisalpur. Congress Party has six seats whereas Bharatiya Janta Party has won three. However, Samajwadi Party has a strong influence on this seat. The present MLA from Pilibhit Constituency is Mr Riyaz Ahmed from Samajwadi Party.

Riyaz Ahmed: Winning the election in 2012, Riyaz Ahmed was the elected representative of Samajwadi Party from Pilibhit. He has won the Assembly elections thrice in 2002, 2007 and 2012 from this party itself for Pilibhit Constituency. By qualification he had a Masters Dgree in Sociology, 1980, MCom in 1978 and LLB from Allahabad University in 1984. He had a comprehensive career in politics where he has faced both rejection and acceptance from general public. According to records he lost three elections in 1989, 1991 and 1989 for the position where he is elected now. With a vast experience in political field he presently serves the Ministry of State Uttar Pradesh as the Khadi and Village Industries Minister.

Explore more about Administration in Pilibhit