Sports have always been a special and integral part for the people of the country. In India there are a lot of passionate people who feels deeply about their loved sport. Pilibhit although being a small city and a notable district in Uttar Pradesh gives great importance to players and to the love for sport. If one looks back to the historical background of Pilibhit, one could find that promoting various sports and supporting players with good infrastructural set up was one of the major initiatives taken towards development of the city. 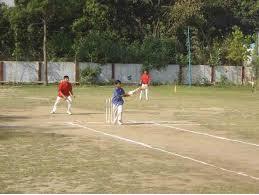 Like the majority of the Indians, Pilibhit has a strong emotion for cricket. The natives here play the game with absolute dedication and zeal which is visible on the holidays in various gullies and chowks. People of all age gather together to enjoy the game at their best. To support this passion for cricket it has one stadium in its arena which is named as Shri Lalit Hari Sugar Mill Compound. It was previously called as Lalit Hari Stadium. The stadium was based on the Tarakpur Road with absolute features to conduct big matches. Uttar Pradesh Cricket team was its home team. With proper initiatives, Pilibhit and Lalit Hari Stadium have witnessed few of the best played Ranji trophy matches in 80s. Out of this one of the important match was from 1983-84 Ranji Trophy tournament between Uttar Pradesh and Rajasthan where unfortunately the match resulted into a draw. Second match was between Vidarbha and Uttar Pradesh in 1981-82 for Ranji Trophy tournament where Uttar Pradesh led the match with 8 wickets.

Though cricket gets almost majority of attention, it does not mean that other sports fails to have exposure in Pilibhit. To support multiple other sports in Pilibhit there is Gandhi Sport Stadium which is a huge place based on 85 acres of land and which has option for playing various indoor sports. The sports played here mainly are athletics, hockey, volleyball, football and many others. There are small classes organized to teach various sports here at different days of a week. It is also the hub of sports activity in the city since all major sports are played here only.

Apart from outdoor games, there is immense craze for indoor games too. Carom, chess, table tennis are few of the most promoted sports in Pilibhit. It may be noted that though no major sports celebrity personality belonging from here but the home team has taken part in various state level competitions and even have won them.